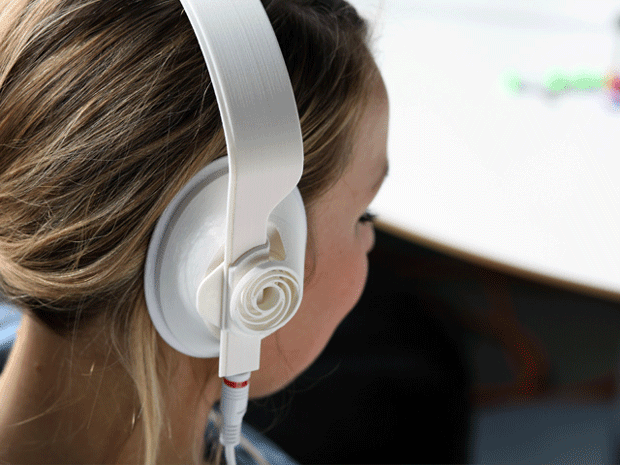 As 3D printers become more and more accessible to a consumer audience, one question lingers above the rest: why? Granted, they're incredibly cool, but what, if any, are the practical implication of such a technology? For the most part, the great ambassadors of 3D printing have largely been printable toys -- cool, but not particularly useful. The question, as posed by John Mabry reads as follows,

What if printed prototypes could become actual products? Meaning, once off the print bed an object could be assembled without any tools and be made functional by readily attainable components.

An attempt at the answer comes in the form of the 13:30 printable headphones, which can by created on a MakerBot Replicator and coupled with some off-the-shelf components, making for a pair of slick-looking, functional headphones that, at the very least, will help you stand out from the rest of the Beats By Dre enthusiasts on a crowded subway train.

In this article: 3d printer, 3d printing, 3dPrinter, 3dPrinting, headphone, headphones, john mabry, JohnMabry, minipost, teague labs, TeagueLabs
All products recommended by Engadget are selected by our editorial team, independent of our parent company. Some of our stories include affiliate links. If you buy something through one of these links, we may earn an affiliate commission.
Share
Tweet
Share