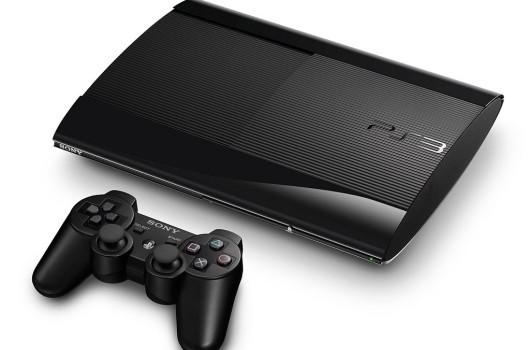 PlayStation 3 is now over the 5 million mark for UK sales, Sony announced today. The milestone followed soon after the release of the 500 GB PS3, which upped the console's sales during its launch week by 138 percent. The 12 GB model launches across Europe tomorrow. Earlier this month Sony also announced 4 million PS3 sales in France.

"This is another historic moment for the PlayStation brand, and something I'm incredibly proud of," said Fergal Gera, SCE vice-president and managing director for UK & Ireland, "I'd like to thank all our consumers, retailers and 3rd party partners for helping us achieve this figure, and look forward to continued success."

The last revealed UK milestone for PS3 came in early 2011, when Sony announced 4 million sales of its home console. Microsoft tends to stick to worldwide sales figures, and the last time the company did that was in May, revealing a figure of 67 million. That compares to 64 million sales for PS3, which Sony revealed two months prior in March. The Nintendo Wii remains the home console leader according to latest figures, with 96.5 million worldwide sales as of June 2012.
Show full PR text
Sony Computer Entertainment announces sales of PlayStation®3 surpass 5 million units in the UK.

The iconic PlayStation 3, first brought to the UK & Europe in 2007, offering gaming and entertainment enthusiasts unparalleled power and cutting edge technology, being the only console that could deliver true high-definition content via its innovative Blu-ray drive. This milestone coincides with the launch of the recently re-designed, smaller and lighter PS3, which has had its internal volume and weight reduced by more than half compared to the very first 60GB model.

Available as a 500GB or 12GB family-friendly model (launching October 12th), what the console now lacks in size, it makes up for in entertainment offerings, across film, catch up TV services, music and of course, video gaming the whole family can enjoy.

Commenting on the UK sales landmark, Fergal Gara (VP and Managing Director UK & Ireland) said "This is another historic moment for the PlayStation brand, and something I'm incredibly proud of. I'd like to thank all our consumers, retailers and 3rd party partners for helping us achieve this figure, and look forward to continued success."

With an extensive software line-up, PlayStation will have something for everyone this Christmas. From the truly magical and innovative Wonderbook™: Book of Spells, featuring new and original writing from J.K. Rowling, to multi-million selling blockbusters such as Call of Duty: Black Ops 2 (Activision Publishing, Inc.), Assassin's Creed III (Ubisoft Entertainment.), FIFA 13 (Electronic Arts Inc.), and PlayStation® All-Stars Battle Royale.

Now has never been a better time to own a PlayStation 3, whether you're one of the 5 million existing owners, or are thinking about stepping into the world of PlayStation for the first time.

Sony Computer Entertainment Europe (SCEE), based in London, is responsible for the distribution, marketing and sales of PlayStation®3, PlayStation®Vita, PlayStation®2, PSP™ (PlayStation®Portable) and PlayStation®Network software and hardware in 109 territories across Europe, the Middle East, Africa and Oceania. SCEE also develops, publishes, markets and distributes entertainment software for these formats, and manages the third party licensing programs for the formats in these territories.

More information about PlayStation products can be found at www.playstation.com.

PlayStation, the PlayStation logo are registered trademarks of Sony Computer Entertainment Inc. PS3 and PSP are trademarks of Sony Computer Entertainment Inc. All other trademarks are property of their respective owners.
In this article: 12gb, 500gb, europe, ireland, playstation, ps3, sales, sony, uk, worldwide
All products recommended by Engadget are selected by our editorial team, independent of our parent company. Some of our stories include affiliate links. If you buy something through one of these links, we may earn an affiliate commission.