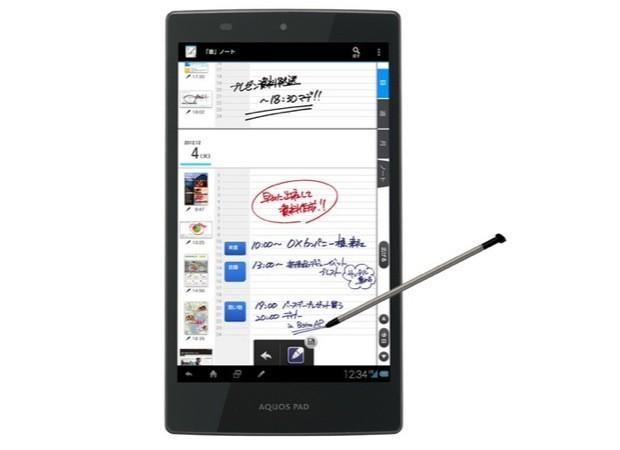 The AQUOS Phone Zeta SH-02E was first with Sharp's new IGZO LCD technology a few days ago and it's been followed quickly by another device, the AQUOS Pad SHT21. Scheduled to debut on Japanese carrier KDDI in mid-December, this 7-inch slate claims battery life of up to two and a half times greater than the previous model thanks to the low-power characteristics of its display, and weighs just 280g. It's powered by a 1.5GHz dual-core MSM8960 Snapdragon S4 CPU, and features a 1280x800 screen resolution, pen input, 1GB RAM, 16GB built-in storage, microSDXC slot, Bluetooth 4.0, MHL, NFC, 3,460mAh battery and 4G LTE capability. Hit the source link for more details courtesy of Engadget Japanese.

In this article: 4g, 4g lte, 4gLte, 7-inch, aquos, aquos pad, aquos pad sht21, AquosPad, AquosPadSht21, igzo, japan, kddi, lcd, lte, mobilepostcross, s4, sharp, sharp aquos pad, SharpAquosPad, sht21, wxga
All products recommended by Engadget are selected by our editorial team, independent of our parent company. Some of our stories include affiliate links. If you buy something through one of these links, we may earn an affiliate commission.