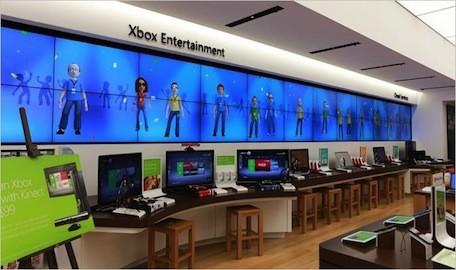 Philip Elmer-Dewitt pointed out an interesting "survey" conducted by Piper Jaffray analyst Gene Munster this past Black Friday that compared sales at the Apple store in the Mall of America to sales of the Microsoft store directly across the hall. Given the wild popularity of Apple products, the following stats might not surprise many people:

By all accounts, these stats to seem to show a bad picture for Microsoft's holiday prospects -- and its Surface tablet. However, it's important to point out that, though this is an interesting anecdotal story, it's not very scientific for a few reasons. First, it only looked at one of each store in one mall in the country. Second, while Munster's crew spent eight hours counting heads and sales in the Apple store, they only spent two hours counting heads and sales in the Microsoft store – hardly a balanced survey.

Still, given the popularity of Apple's products, the greater number of products in its consumer product line, and the lackluster consumer response to the Surface, it's not a stretch to imagine that the results of this survey could be playing out at more Apple and Microsoft stores across the country.

In this article: apple store, AppleStore, black friday, BlackFriday, Gene Munster, GeneMunster, ipad, microsoft, microsoft store, MicrosoftStore, retail, sales
All products recommended by Engadget are selected by our editorial team, independent of our parent company. Some of our stories include affiliate links. If you buy something through one of these links, we may earn an affiliate commission.