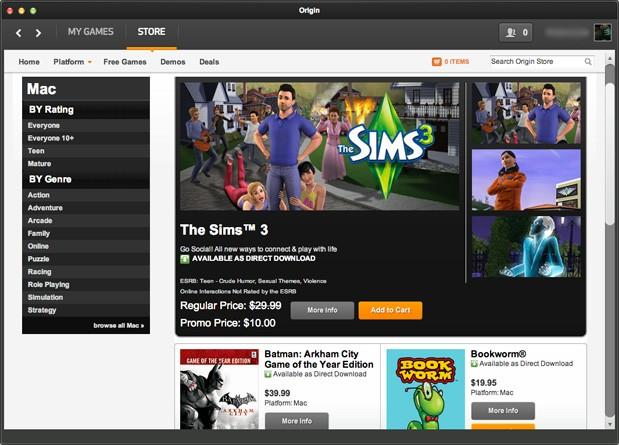 EA moves faster than we thought. Origin for Mac was in alpha just two weeks ago, and yet it's already launching to the public. The completed gaming portal gives Mac users their software library, socialization and the online store in an interface that will be mostly familiar to Windows players. While the selection of Mac-native titles is currently narrow -- we hope you really like Batman and Dragon Age 2 -- there's also a Steam Play-like level of cross-platform support, where a game bought for the Mac or Windows will be free to download for the other OS. Origin is currently too small to directly challenge the Mac App Store or Steam, but it's a step forward for computer gamers wanting platform parity -- and when it's free to download, it won't hurt to have a look.

In this article: ea, electronicarts, gaming, mac, origin, PcGaming, software
All products recommended by Engadget are selected by our editorial team, independent of our parent company. Some of our stories include affiliate links. If you buy something through one of these links, we may earn an affiliate commission.