Samsung says its latest mobile memory is a production breakthrough 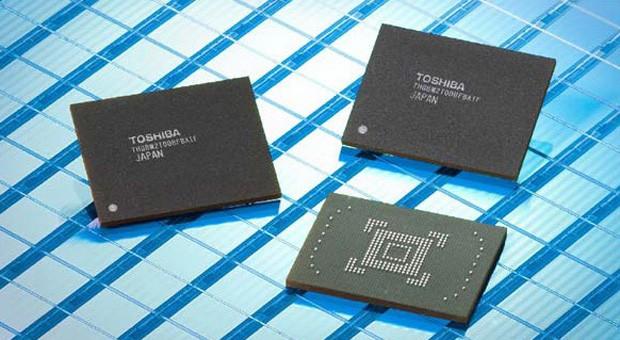 RAM remains one of the principal drains on a smartphone's battery: it's almost always in use, and it saps power even when its host device is idle in a pocket. Toshiba hasn't eliminated that demand entirely, but its new SRAM (not yet pictured here) is intelligent enough to cut a lot of the waste. The memory can better predict what power it's going to need while it's active, and includes a smarter retention circuit that occasionally wakes up to tweak buffer size while it's on standby. While these sound all too abstract, they should lead to some very tangible gains. Toshiba estimates that the SRAM chews up 27 percent less power when live, and 85 percent less when it's just waiting for action. The company doesn't yet know when the RAM will reach finished devices, but we're hoping it's soon when even mainstream phones like the Optimus F7 will ship with 2GB of RAM; that energy draw isn't going down all by itself.

TOKYO--(BUSINESS WIRE)--Toshiba Corporation (TOKYO:6502) today announced the development of an innovative low-power technology for embedded SRAM for application in smart phones and other mobile products. The new technology reduces active and standby power in temperatures ranging from room temperature (RT) to high temperature (HT) by using a bit line power calculator (BLPC) and a digitally controllable retention circuit (DCRC). A prototype has been confirmed to reduce active and standby power consumption at 25°C by 27% and 85%, respectively.

Toshiba presented this development at the 2013 International Solid-State Circuit Conference in San Francisco, CA on February 20(1).

Toshiba's new technology applies a BLPC and DCRC. The BLPC predicts power consumption of bit lines by using replicated bit lines to monitor the frequency of the ring oscillator. It minimizes the active power of the SRAM in certain conditions by monitoring the current consumption of the SRAM rest circuits. The DCRC greatly decreases standby power in the retention circuit by periodically activating itself to update the size of the buffer of the retention driver.

In this article: memory, ram, sram, toshiba
All products recommended by Engadget are selected by our editorial team, independent of our parent company. Some of our stories include affiliate links. If you buy something through one of these links, we may earn an affiliate commission.