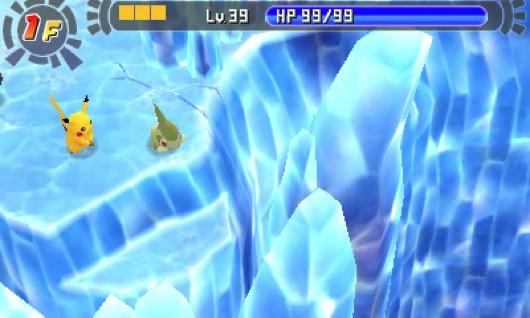 This is a good week to have a 3DS and an internet connection, with an overwhelming amount of downloadable stuff to enjoy. For free, there's a demo of Pokemon Mystery Dungeon: Gates to Infinity (more of a gate to finity in the demo, we suppose); for relatively cheap, there's the new Kersploosh!, Virtual Console oldie Wrecking Crew, and a week-long discount on the excellent Sakura Samurai.

There are also retail-ish releases, led by Renegade Kid's ATV Wild Ride 3D, a new 3DS update of a game originally released on DS. At $8, it's cheaper than retail. Resident Evil: The Mercenaries 3D launches on eShop today as well.

Wii
In this article: 3ds, atv-wild-ride-3d, demo, eshop, kersploosh, nintendo, nintendoware-weekly, pokemon-mystery-dungeon-gates-to-infinity, wii, wiiware
All products recommended by Engadget are selected by our editorial team, independent of our parent company. Some of our stories include affiliate links. If you buy something through one of these links, we may earn an affiliate commission.