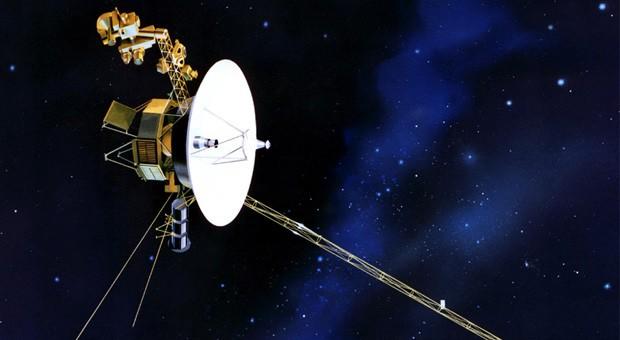 It would be an understatement to say there's been a long build-up to the moment when Voyager 1 ventures into interstellar space: scientists thought the probe was on the edge back in 2010, and we've been waiting for the official milestone ever since. Researchers contributing to an American Geophysical Union journal now believe that the spacecraft may have crossed that symbolic border months ago. Measurements from August 25th onwards show a steep drop in the detected volume of cosmic rays from the heliosphere, just as the extrasolar rays are picking up. Spectrum measurements from the period also mirror those of interstellar regions. On the surface, the clues strongly imply that Voyager 1 has passed the limit of our solar system's influence. NASA, however, disputes the claims -- the agency notes that its vehicle is still traveling the magnetic highway, and it won't have officially escaped the surly bonds of the Sun until the magnetic fields shift. We won't break out the champagne and party streamers, then, but the dispute underscores just how close we are to having another human-made object roaming the galaxy.

In this article: agu, AmericanGeophysicalUnion, heliosphere, magnetichighway, nasa, probe, science, space, voyager, voyager1
All products recommended by Engadget are selected by our editorial team, independent of our parent company. Some of our stories include affiliate links. If you buy something through one of these links, we may earn an affiliate commission.