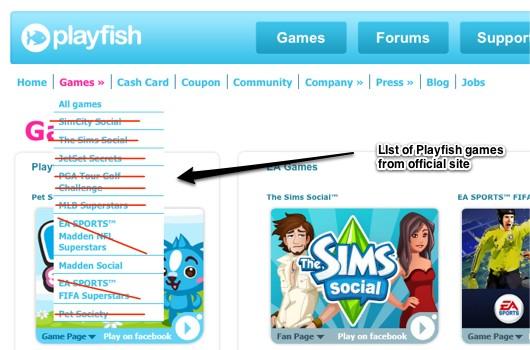 SimCity Social, The Sims Social, and Pet Society are going offline on June 14, EA announced this morning. The three Playfish Facebook games are being retired after player counts and activity fell off, EA said. Today's news means all of Playfish's Facebook games, according to the EA subsidiary's website, have either shut down or are scheduled to - with the exception of Madden Social 13, which an EA press release notes as developed by EA Tiburon.

EA bought Playfish for $300 million in 2009 before signing a "strategic" five year deal with Facebook in 2010. However, a number of executives have since left the EA brand, including co-founders Sebastian de Halleux, Sam Lababidi, and Kristian Stregerstale.

The announcement follows EA layoffs last week, with over 160 employees let go from EA Mobile Montreal. In addition, there are reports of closures of a studio in London, where Playfish is based, along with closures at EA Mobile Brazil and BioWare Social. We also have information of support staff being let go in London and then there's a question about the extent of the EA Galway support center layoffs.

Update: An EA spokesperson informs Joystiq the company "won't be commenting on the status of Playfish."

Update 2: FAQs posted on Playfish's forums note players are "encouraged" to spend their in-game cash before the three Facebook games shut down. As for the non-specific Playfish cash cards, players are similarly encouraged to redeem and spend them before the games close. After that, EA says, "you will need to contact customer service regarding your Playfish cash cards."

In this article: ea, facebook, maxis, pc, playfish
All products recommended by Engadget are selected by our editorial team, independent of our parent company. Some of our stories include affiliate links. If you buy something through one of these links, we may earn an affiliate commission.