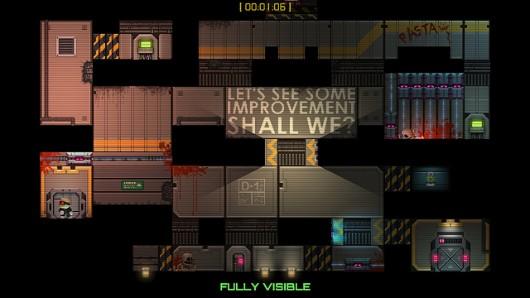 This week, Steam is discounting a dozen different indie games. Stealth Bastard Deluxe, a fast-paced 2D stealth game from Curve Studios, is a tempting $4.99. Closure, the dark platformer from Eyebrow Interactive, is a mere $3.39 – definitely worth the pittance. Snapshot is also $3.39, a puzzle platformer from Kyle Pulver built upon an inventive photography mechanic.

Retrovirus is half-off at $10, a shooter where players guide a ship through a computer system to eradicate a virus. Turret-based strategy game Sol Survivor is next on the list, down to $2.49 for the remainder of the sale. Spark Unlimited's Legendary, a shooter based on the Pandora's Box myth, joins the sale soiree for $1.24; Nikopal: Secrets of the Immortals is also $1.24, a 3D adventure game set in France during the year 2023. BC Kings, also $1.24, is s a strategy game set in the stone age.

The final three games rounding out the list are: Puzzle Kingdoms for $3.74, a game from the creators of Puzzle Quest in very much the same vein; 4 Elements, a color-matching game from Playrix Entertainment set in a fantasy world, for $2; and Cave Story+ for $4.99, Nicalis' port of Daisuke Amaya's lauded platform-adventure game. All of these games are on sale until May 6 at 10am PT.
In this article: cave-story, closure, legendary, mac, pc, snapshot, sol-survivor, stealth-bastard, stealth-bastard-deluxe, stealth-bastard-tactical-espionage-arsehole, steam, valve
All products recommended by Engadget are selected by our editorial team, independent of our parent company. Some of our stories include affiliate links. If you buy something through one of these links, we may earn an affiliate commission.