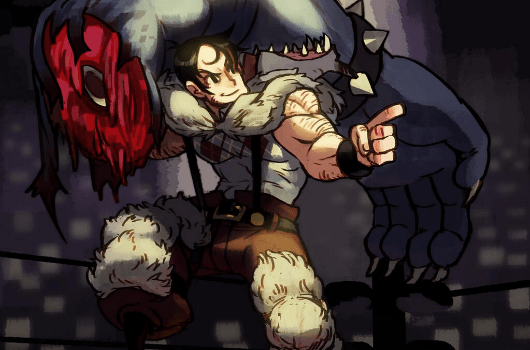 The results are in, and fans have voted to make Beowolf the fourth new character in Lab Zero Games' little fighter that could, Skullgirls. An ex pro wrestler, Beowolf and his trusty folding chair (named The Hurting, naturally) have come out of retirement in order to test the true limits of his strength. Being a wrestler and everything, Beowolf's playstyle has been influence by Street Fighter's Rainbow Mika and El Fuerte, as well as Tekken's King.

Beowolf is the fourth new character to be funded by Lab Zero's wildly successful Indiegogo campaign, which raised over $800,000 for DLC production back in March. Three other characters, Eliza, Squigly and Big Band, are also currently in development. Squigly is expected to be the first released, dropping alongside the PC version of the game sometime this summer.

In this article: autumn-games, beowolf, characters, DLC, konami, lab-zero-games, marvelous-aql, microsoft, pc, playstation, ps3, reverge-labs, skullgirls, xbox
All products recommended by Engadget are selected by our editorial team, independent of our parent company. Some of our stories include affiliate links. If you buy something through one of these links, we may earn an affiliate commission.