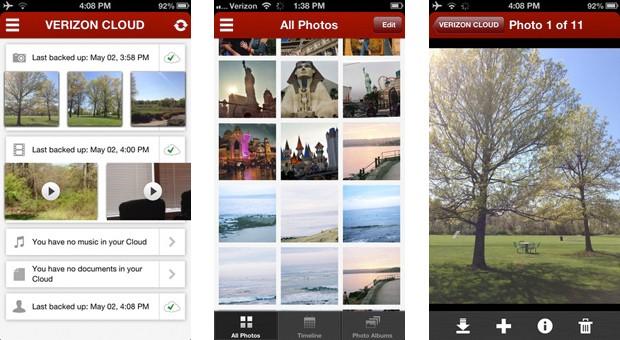 When Verizon Cloud launched last month, it would only back up a few Android devices -- not quite the cross-platform utopia that the carrier had in mind. Today's launch of the Verizon Cloud iOS app should get the company (and subscribers) closer to the original vision. Like its mobile counterpart, the iPhone-focused release syncs or streams documents and media from every platform that Verizon supports, including PCs. Just don't expect a wide safety net, though, as the iOS app won't back up call logs, contacts or messages. Still prefer Android? You're covered as well -- Verizon has expanded the compatibility list to include more Google-powered hardware, such as the Droid DNA and the Galaxy S 4. As long as you're inclined toward Verizon Cloud in the first place, the source links should get all your devices working in harmony.

In this article: android, app, apple, backup, cloud, droiddna, galaxys4, htc, ios, samsung, storage, sync, verizon, verizoncloud
All products recommended by Engadget are selected by our editorial team, independent of our parent company. Some of our stories include affiliate links. If you buy something through one of these links, we may earn an affiliate commission.