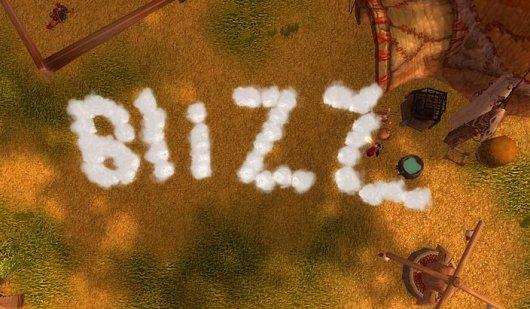 When I took over Massively last fall, I made myself a little digital post-it note in Gmail Notes that read, "Remember: You work for Joystiq, not studios." Today, I've amended that to also read, "And not commenters."

I love commenters, even the trolls sometimes when you make me laugh. You guys provide instant feedback and adoration but also entertainment and skepticism of our ideas. You're the much-maligned vocal minority of readers, and interacting with you guys and being enlightened by your mad and witty and insane posts is a highlight of my work day.

But it has to be said that the most bizarre feature of working at Massively is that legions of commenters have deemed themselves better-equipped than we are to decide what we can cover.

The Joystiq network consists of three sites: Joystiq itself, Massively, and WoW Insider. Contrary to popular belief, gaming coverage between us is not necessarily discrete. On the blurry borders between Joystiq and Massively are many MOBAs, multiplayer online RPGs, and MMOFPS titles that we are each entitled to cover. And all three sites have a claim on World of Warcraft to a degree.

WoW Insider covers WoW very heavily, obviously. The site digs into the guts of the game, with dozens of weekly columns and videos and guides and important bluename posts analyzed in detail. That's what a one-game site should do.

Massively, on the other hand, covers WoW lightly and has for at least the last three years (longer, I'm sure; that's just as far back as I've clicked). We've covered major patches, expansions, subscription numbers, charitable causes, and scandals, especially on slow news days. We stream it, and we'll have a video expert at BlizzCon this year for the first time ever (Titan? Please, Blizz? OK maybe not.). We also skip some news if there's something more pressing. We cover WoW, more or less, as if it were just another MMO because it is. This isn't really a new policy for us, though framing it precisely that way might be.

That doesn't stop commenters (like the ones in a recent WoW patch thread) from telling us we can't cover it or shouldn't cover it or never cover it (I guess I imagined all these posts and the Week in Review) and therefore we can't cover it now. One reader even implied that Blizzard (or someone else?) is paying us off (I guess?) to cover the game to counter falling subs. Come on, dude.

We covered WoW's patch because I saw the news in my feeds, thought it looked interesting, and assigned the story to our writing pool. It's that simple. We can write about WoW in this relatively limited way and will continue to do so. Please stop telling us we can't. If you want more WoW info, our sister site is the best, full stop. If you don't, I swear to you, no one is making you read anything on the site, though we'd certainly like it if you did.

And since some of you wondered why we cover Diablo III, here's why: Because it's a major multiplayer online-only RPG that has a lot in common with games classed as MMOs thanks to a global auction house and instanced group gameplay. It's been a staple game in our Not So Massively column for a very long time, and we do cover its biggest news (and news from similar major ORPGs) when it's relevant to our interests.

Time for one more since it cropped up in the same thread. Snichy76 wrote,

Hilarious how the "source" link directs you to the Massively homepage (at the time of writing). Who says Americans don't do irony! Guess it just goes to prove some writers don't read the comments to their articles...!

It's an accident that happens with our CMS when we (or the site gremlins) accidentally erase the http:// in our source box; by default, our site will redirect back to our front page with the source appended to the end, making it appear as if we just sourced ourselves (but you can see the real source if you hover over the link). If we make this mistake, we're happy to correct it; just drop us a note through our tip line. Our writers and editors are not actually contracted to read or respond to comments, though some do anyway because they are amazing. Even for our moderators, the sharp increase in posts over the last year has made reading all of them a challenge, so the best way to get a correction is to notify us through tips. Assuming, you know, you actually wanted to fix our mistake and not just crow about it.

What should you play? Where is the MMO industry headed? How does Massively operate? Has Lord British lost his marbles? Why is the edit button on a timer? Should "monoclegate" be hyphenated? Editor-in-Chief Bree Royce submits to your interrogations right here in Ask Massively every Thursday. Drop your questions in the comments below or ping us at ask@massively.com. Just ask!
In this article: action-rpg, activision, advice, advice-column, ask-massively, battlenet, blizzard, blizzard-entertainment, brianna-royce-ask-massively, cash-shop, coverage, d3, diablo, diablo-2, diablo-3, diablo-ii, diablo-iii, error, errors, fantasy, featured, gothic-fantasy, humor, massively-meta, meta, mistake, mistakes, mmo, mmorpg, multiplayer, online-multiplayer, opinion, roguelike, rpg, warcraft, why-we-cover, world-of-warcraft, wow
All products recommended by Engadget are selected by our editorial team, independent of our parent company. Some of our stories include affiliate links. If you buy something through one of these links, we may earn an affiliate commission.