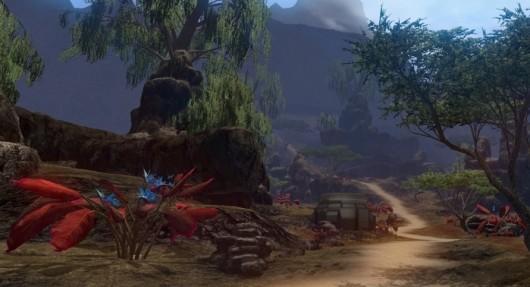 The Repopulation transitioned into its second alpha test last month, and the team has a quite detailed report about all of the tweaks and features that it added to the game during that period. While there's a lot of everything in the patch notes, Rogues got a big piece of the attention pie.

Above and Beyond Technologies reported that it improved the quality of life for Rogue characters through a number of changes. The thievery mechanic got an upgrade, pick-pocketing got several missions, and containers got stubbornly locked. As an aside, there are six stealthed Rogues in the above picture. See if you can spot them!

Other changes to the game for the second alpha test include mission chains, random missions, 70 new crafting recipes, two new generic den types, and an overhaul of the reputation system.
In this article: above-and-beyond, above-and-beyond-technologies, alpha, alpha-2, alpha-test, beta, beta-test, lockpicking, patch, patch-notes, repopulation, report, rogue, rogues, sandbox, sci-fi, the-repopulation, thievery
All products recommended by Engadget are selected by our editorial team, independent of our parent company. Some of our stories include affiliate links. If you buy something through one of these links, we may earn an affiliate commission.