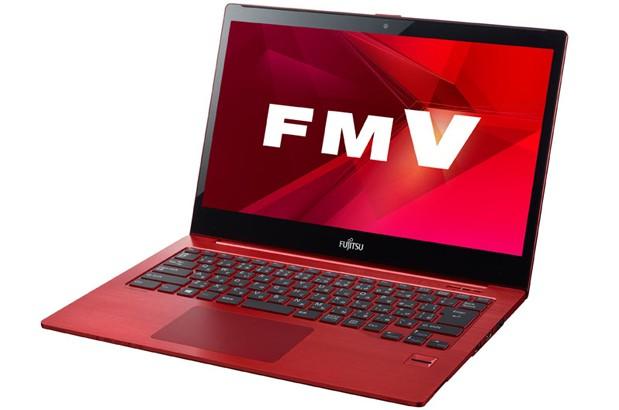 Fujitsu burst on to the Ultrabook scene in earnest with the Lifebook UH75 last fall, and it's clearly bent on keeping our attention: it just launched an early sequel, the Lifebook UH90. The 14-inch portable is ever-so-slightly thinner than its ancestor at 15.5mm (0.61 inches) thick, but upgrades to an extra-dense 3,200 x 1,800, IGZO-based touchscreen. The improvements are more than just skin-deep, of course. A Haswell-based, 1.6GHz Core i5 helps feed that monster display, and a 500GB hybrid hard drive strikes a balance between speed and storage. Japanese buyers will get a crack at the UH90 on June 28th under the country's customary open pricing system. There's no word yet on a possible US release, but we hope one is on the cards.

In case the UH90 is too pricey, Fujitsu also has a trio of more modest PCs on tap. The Esprimo FH78 all-in-one (shown after the break) runs on a Haswell-era, 2.4GHz Core i7 and stuffs a 30W, 2.1-channel Pioneer speaker system underneath its 23-inch display. The PC builder's 15.6-inch Lifebook AH models have also been given a slight bump: the AH45's battery life has doubled to 6.4 hours, and the AH42 has upgraded to a 2.4GHz Pentium while lasting for 7.9 hours on a charge. We're not expecting the Esprimo to reach the US, although the starter Lifebooks may cross the Pacific.

In this article: corei5, corei7, desktop, esprimo, fujitsu, haswell, igzo, intel, laptop, lifebook, uh90, uh90l, ultrabook, windows8
All products recommended by Engadget are selected by our editorial team, independent of our parent company. Some of our stories include affiliate links. If you buy something through one of these links, we may earn an affiliate commission.