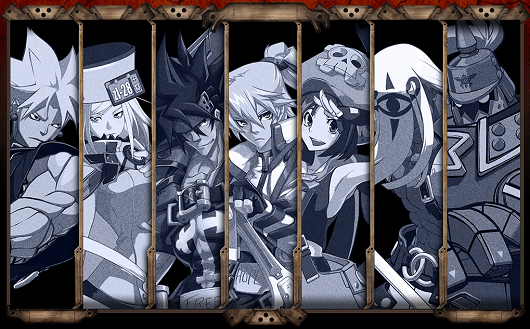 More characters have been revealed for Arc System Works' highly anticipated Guilty Gear Xrd -SIGN-, and like the swallows returning to Capistrano, so too have series veterans May, Venom, Chipp Zanuff and Potemkin returned to the roster. This brings the game's list of fighters up to seven confirmed combatants, as Sol Badguy, Ky Kiske and Millia Rage have already been announced.

We recognize that Guilty Gear's characters are not as ubiquitous as some other fighting game faces, so we'll break it down SAT style: If Sol Badguy and Ky Kiske are to Guilty Gear as Ryu and Ken are to Street Fighter, then this latest reveal is essentially like finding out that Cammy, Chun-Li, M. Bison and Dhalsim are returning – exciting, if not entirely surprisingly.

Everyone's trademark abilities appear intact based on Shoryuken's ongoing translation of each character's move list, so expect plenty of Potemkin Buster-ing in your future. Arc System Works is set to begin location testing for the arcade version of Xrd -SIGN- in Akihabara sometime this month, though beyond that no release window or platform availability information has been made available.
In this article: arc-system-works, arcade, character-roster, characters, chipp-zanuff, guilty-gear-xrd-sign, ky-kiske, may, milla-rage, potemkin, reveal, sol-badguy, venom
All products recommended by Engadget are selected by our editorial team, independent of our parent company. Some of our stories include affiliate links. If you buy something through one of these links, we may earn an affiliate commission.