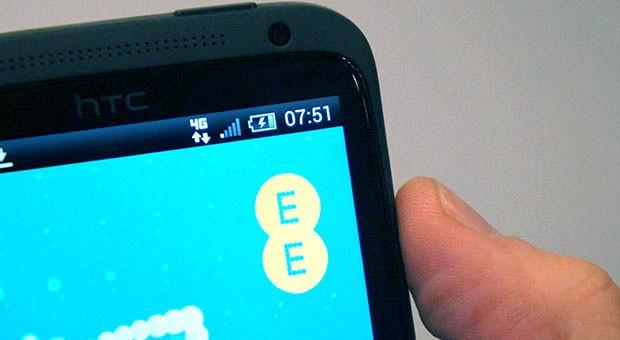 EE said it wanted to have a million 4G customers by the end of the year, but it won't have to wait nearly that long. The UK carrier just topped that mark four months ahead of its stated deadline while its competitors are just getting off the starting blocks. O2 and Vodafone both fired up their respective LTE networks less than two weeks ago, while Three's won't launch until December. Despite having been the only game in town until recently, EE claims the UK's adoption of 4G has been one of the world's fastest so far. It seems like there's a lot more technofreaks out there than Vodafone imagined.

· More than one million customers enjoy superfast mobile speeds on EE, just 10 months after launch, and four months ahead of target

· 4G adoption rates in Britain among the fastest in the world

9th September 2013 – EE, the UK's most advanced digital communications company, today announced that Britain has set one of the fastest 4G adoption rates in the world with one million customers already embracing the convenience and reliability of superfast 4G mobile services.1 EE has achieved its goal of signing up one million 4G customers by the end of the year, four months sooner than expected.

EE launched the UK's first 4G service on October 30th 2012 and since then adoption has been driven by EE's rapid country-wide network rollout. More than 100 towns and cities are now able to enjoy 4G at speeds which are not only the fastest in the UK, but are also faster than networks in the rest of Europe, the US and Japan.

To thank its one million 4GEE customers, EE is giving each and every one 50% off one of the latest accessories in-store.2 Details of the offer will be sent directly to customers via text message.

Olaf Swantee, CEO, EE, says: "The UK mobile sector saw a huge shift 10 months ago with the launch of 4G from EE. We set a new standard for UK mobile networks, and the way consumers and businesses are using their mobile devices in this country has been transformed.

"We have seen one of the fastest adoption rates in the world and I'm immensely proud to announce today that we have reached a significant milestone – one million 4G customers.

"We know that all communities across Britain want 4G, not just those in the big urban centres, and we're committed to continuing to roll out superfast mobile at this record breaking pace.

"EE has the most attractive 4G pricing in the world – and we're also gearing up to launch a new range of innovative plans, providing even more ways for people to get the fastest speeds and the best value plans."

4G Transforming Connectivity for Consumers and Businesses in Britain

EE's first 4G Mobile Living Index revealed that:
· Nearly half of users are using fewer or no public WiFi spots since using 4G, as faster, more reliable mobile speeds give people the freedom to stream, share and download more on the move
· A third of UK 4G users stream more content over 4G, than they did on 3G, with BBC iPlayer, Netflix and Sky Go the favourite TV services and tablets driving 60% more video streaming on smartphones
· 4G is also enabling people to go beyond streaming and browsing, with 19% of users shopping more on their smartphone or tablet, than they did with 3G

Business and 4G
4G is proving to be a catalyst for business growth with companies of all sizes being transformed by superfast mobile speeds. From London's Air Ambulance cutting down critical response times and Kier reducing the time it takes to set up remote construction sites, to press photographers getting their shots to picture desks well ahead of competitors; entire industries are becoming smarter and more effective with 4G.

In this article: 4G, customers, EE, EverythingEverywhere, LTE, million, mobilepostcross
All products recommended by Engadget are selected by our editorial team, independent of our parent company. Some of our stories include affiliate links. If you buy something through one of these links, we may earn an affiliate commission.