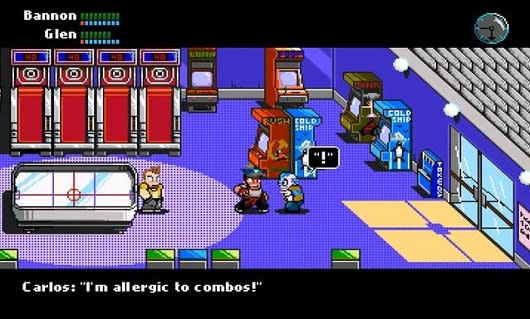 River City Ransom: Underground is now on Kickstarter, seeking $180,000 (CAD) by October 9. Developed by Conatus Creative, the game is an officially-licensed follow-up to the original Technos Japan NES game. The developer acquired rights to the beat-em-up in April.

River City Ransom: Underground will feature an 8-bit-style look while also expanding to include more playable characters and four-player cooperative multiplayer. The game is currently in development for PC only, though the developer noted that with enough support, it could appear on consoles as well.
In this article: beat-em-up, brawler, conatus-creative, crowdfunding, Indie, kickstarter, million-co, pc, River-City-Ransom, River-City-Ransom-Underground, technos-japan
All products recommended by Engadget are selected by our editorial team, independent of our parent company. Some of our stories include affiliate links. If you buy something through one of these links, we may earn an affiliate commission.