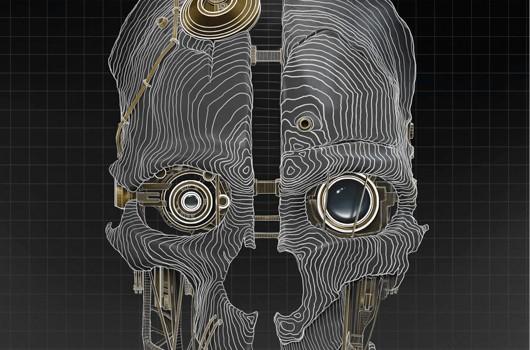 The Outsider's manipulations have set into motion the announcement of a Dishonored: Game of the Year Edition, which will be available on October 8 and 11 in North America and Europe, respectively. Dishonored made the number six spot on our top games of 2012 list.

The GOTY bundle, which includes downloadable content Dunwall City Trials, The Knife of Dunwall, The Brigmore Witches and Void Walker's Arsenal, will be available on Xbox 360, PS3 and PC. It's priced at your soul, or $39.99, whichever is worth less.
Show full PR text
BETHESDA SOFTWORKS ANNOUNCES
DISHONORED: GAME OF THE YEAR EDITION

September 12, 2013 (Rockville, MD) – Bethesda Softworks®, a ZeniMax® Media company, today announced that Dishonored®: Game of the Year Edition will be available in North America on October 8, 2013 and throughout Europe on October 11, 2013 for Xbox 360™, PlayStation®3 computer entertainment system and PC. This complete collection includes the full game as well as all of the game's official add-on content, including Dunwall City Trials®, The Knife of Dunwall™, The Brigmore Witches™ and Void Walker's Arsenal™.

Dishonored: Game of the Year Edition is the definitive compilation of the critically-acclaimed first-person action game that has won more than 100 Game of the Year Awards from outlets including Game Informer, PC Gamer, Yahoo!, GameSpot.com, MSNBC.com, and CNN. In addition, Dishonored received 'Best Action/Adventure Game of the Year' at the 2012 SPIKE TV Video Game Awards and was named 'Best Game of 2012' by the British Academy of Film and Television Arts (BAFTA) video games awards.

Developed by Arkane Studios, Dishonored casts you as Corvo, a supernatural assassin driven by revenge. With Dishonored's flexible combat system, creatively eliminate targets as you combine the supernatural abilities, weapons and unusual gadgets at your disposal. Pursue enemies under the cover of darkness or ruthlessly attack them head on with weapons drawn. The outcome of each mission plays out based on the choices you make.

"Dishonored introduced a new world and cast of characters which have really resonated with gamers around the world since its release in October 2012," said Pete Hines, VP Marketing and PR, Bethesda Softworks. "We're now excited to offer people the opportunity to have all of this great content in one package."

About Bethesda Softworks
Bethesda Softworks, part of the ZeniMax Media Inc. family of companies, is a worldwide publisher of premier interactive entertainment software. Titles featured under the Bethesda label include such blockbuster franchises as DOOM®, QUAKE®, The Elder Scrolls®, Fallout®, Wolfenstein® and RAGE®. For more information on Bethesda Softworks' products, visit www.bethsoft.com.

Dishonored ® Game of the Year Edition © 2012-2013 ZeniMax Media Inc. Developed in association with Arkane Studios. Dishonored, The Brigmore Witches, Void Walker's Arsenal, The Knife of Dunwall, Dunwall City Trials, Revenge Solves Everything, Bethesda Softworks, Bethesda, ZeniMax and their related logos are registered trademarks or trademarks of ZeniMax Media Inc. in the United States and/or in other countries. Other product and company names referenced herein may be trademarks of their respective owners. All Rights Reserved.
In this article: Arkane-Studios, Bethesda-Softworks, dishonored, dishonored-goty, microsoft, pc, playstation, ps3, xbox
All products recommended by Engadget are selected by our editorial team, independent of our parent company. Some of our stories include affiliate links. If you buy something through one of these links, we may earn an affiliate commission.