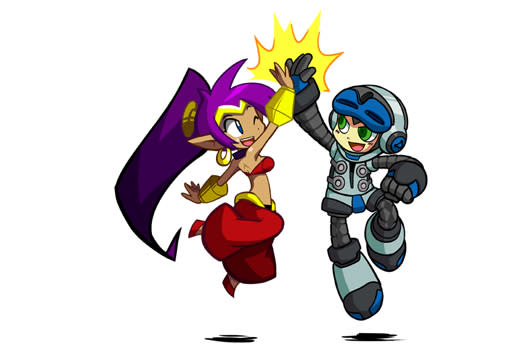 Shantae: Half-Genie Hero is currently seeking aid through Kickstarter. Publisher WayForward is looking to secure $400,000 in the next 16 days and, as of right now, the campaign has earned over $318,000.

Inti Creates was formed in 1996 by some talent who had left Capcom to strike out on their own. The studio has since formed a working relationship with Capcom and produced several entries in the Mega Man series, including Mega Man 9 and Mega Man 10, and the Mega Man Zero line of games. Inti Creates is also responsible for the upcoming 3DS game, Shantae and the Pirate's Curse.
In this article: inti-creates, kickstarter, microsoft, nintendo, pc, playstation, playstation-4, playstation-vita, ps3, ps4, shantae-half-genie-hero, steam, vita, wayforward, wii-u, xbox, xbox-one
All products recommended by Engadget are selected by our editorial team, independent of our parent company. Some of our stories include affiliate links. If you buy something through one of these links, we may earn an affiliate commission.