Apple may bring Siri Shortcuts and Screen Time to macOS

Apple will let all users download their collected personal data 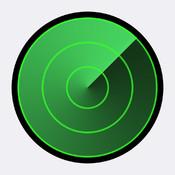 If you have been used to using different Apple IDs for different apps in iOS 6, you can still do that in iOS 7, but some of the details have changed.

(Aside: you really should be using Find My iPhone, especially with the new improvements to it that came with iOS 7, which make it harder for anyone who might steal your iPhone to disable the feature.)

The same is also true for Messages, but the logout button is a bit harder to find. You have to go to Settings » Messages » Send & Receive. At the top of that window you will see the Apple ID currently associated with Messages on that iOS device. Tap it, and you will be shown several options, including one to sign out of Messages.

Likewise, FaceTime has a setting under Settings » FaceTime » Apple ID. Tap it, and the same options will appear as described for Messages.

The same goes for iTunes and the App Store. And Game Center. And so on. The options are there, even if they aren't always immediately available. So if you need to use separate Apple ID accounts, start your search in the Settings app, and work your way from there.

Update 11:27 AM: Thanks to Greg Deichler for pointing out to me on Twitter that I had missed an important detail.

I have always set up our family's iOS devices using the "family" Apple ID as the main iCloud device, and then added the personalized iCloud accounts as a secondary account, so I did not notice it had changed. You can see the difference by comparing the images below, showing the "Add a Secondary iCloud Account" options. So, I take it back: Apple did change this, and they changed it for the worse. I don't know why Apple changed this, but I am hoping that it is a temporary oversight that will be fixed in a later release of iOS 7.

In this article: apple id, AppleId, find my iphone, FindMyIphone, iOS, ios 7, Ios7
All products recommended by Engadget are selected by our editorial team, independent of our parent company. Some of our stories include affiliate links. If you buy something through one of these links, we may earn an affiliate commission.
Share
Tweet
Share