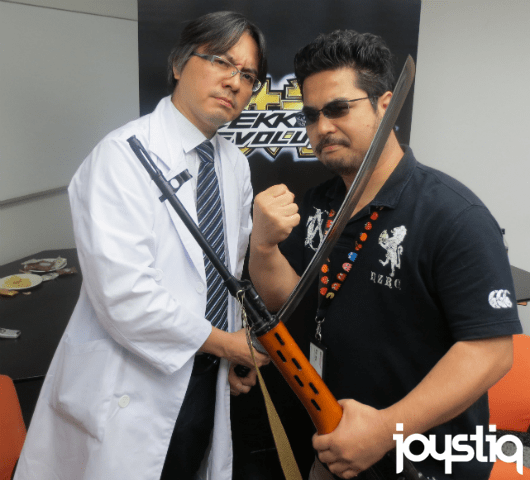 Tekken series producer Katsuhiro Harada (right) and SoulCalibur series producer Masaaki Hoshino (left) were both heavily armed during our group interview session at Namco Bandai HQ this week. While neither of them explicitly said so, we figure it had something to do with fighting game rival and Street Fighter producer, Yoshinori Ono.
In this article: Katsuhiro-Harada, Masaaki-Hoshino, Namco-Bandai, seen@, soul-calibur, soulcalibur, tekken, TGS-2013, yoshinori-ono
All products recommended by Engadget are selected by our editorial team, independent of our parent company. Some of our stories include affiliate links. If you buy something through one of these links, we may earn an affiliate commission.