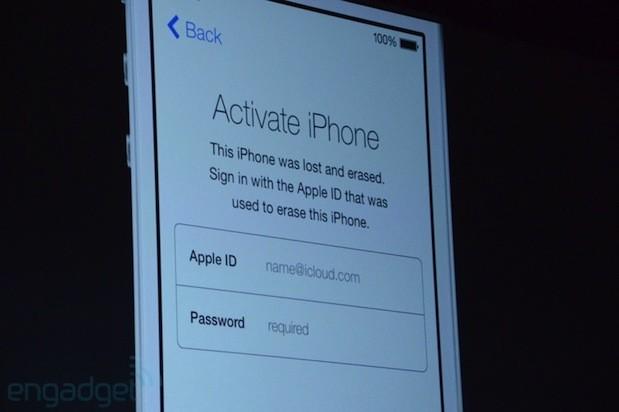 Prosecutors in New York and San Francisco have given Apple's new iOS 7 software some high praise, all thanks to a simple security measure. District Attorney George Gascón (SF) and Attorney General Eric Schneiderman (NY), both part of the "Secure Our Smartphones Coalition," are "strongly urging" smartphone owners to apply the company's latest update because it now includes the Activation Lock feature by default, prompting users to set a passcode the first time they use iOS 7. Once enabled, the security feature stops thieves from reactivating a stolen phone and will require the original owner's Apple ID and password to unlock a device, even after it's been wiped. Although it's relatively minor tweak, the attorneys believe it could help to reduce mobile-related crime -- in fact they're pressuring Google, Microsoft and Samsung to do something similar (although hopefully not too similar).

In this article: activation lock, ActivationLock, apple, ipad, iphone, security, theft
All products recommended by Engadget are selected by our editorial team, independent of our parent company. Some of our stories include affiliate links. If you buy something through one of these links, we may earn an affiliate commission.