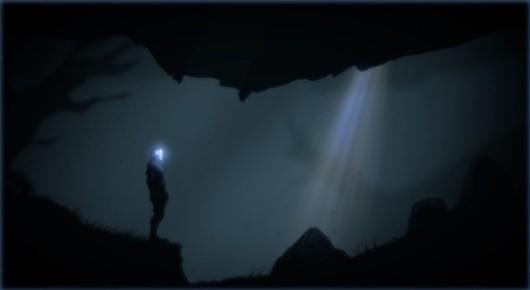 The Fall is a dark and moody cocktail currently seeking $17,000 (Canadian) on Kickstarter so that it can fall into your lap on PC, Mac and Wii U. The game draws inspiration from three classic titles, each representing a pillar of the game's own design: Super Metroid represents exploration, The Secret of Monkey Island represents interactivity, and Limbo represents atmosphere.

In The Fall, you won't control a human. Instead, you'll play as an AI programmed into a suit of combat armor worn by a human who has been rendered unconscious. Your task will be to control the suit and make it carry the injured human to safety. The Fall's story will "slowly begin to unfold a unique story of self-understanding and civil rights," according to the game's developer, John Warner.

Although the game is initially set to release on PC, Mac and Wii U, stretch goals also list Linux, PS4, Vita, Xbox One and "possibly" Ouya as other potential launch platforms.
In this article: android, john-warner, kickstarter, linux, mac, ouya, pc, playstation, playstation-vita, ps4, the-fall, vita, xbox-one
All products recommended by Engadget are selected by our editorial team, independent of our parent company. Some of our stories include affiliate links. If you buy something through one of these links, we may earn an affiliate commission.