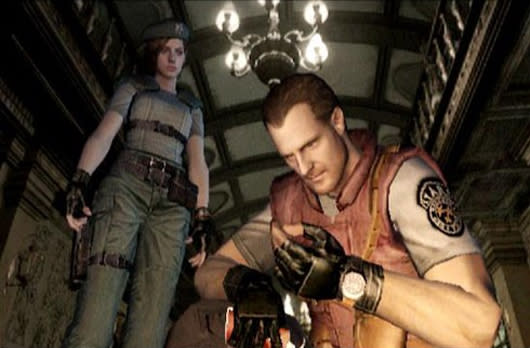 There is a clear line of delineation within the Resident Evil series that splits the games into either the survival-horror camp of the originals, or the more action-focused affairs of Resident Evil 4 and beyond. Series creator Shinji Mikami says this switch in tone was fueled by the reception of the Resident Evil remake for the GameCube.

Resident Evil 4 has been displayed to the public in (at least) two distinct forms. There's the Resident Evil 4 we all know and love, but prototype video suggests an experience akin to the slow, hulking pace of the original games.

"That all came out of the commercial failure of the Resident Evil remake. And then of course Resident Evil 4 sold really well," Mikami says. "I have kind of a lingering trauma there, because the Resident Evil remake didn't sell – much more than people would think."
In this article: capcom, gamecube, resident-evil, resident-evil-4, resident-evil-remake, shinji-mikami
All products recommended by Engadget are selected by our editorial team, independent of our parent company. Some of our stories include affiliate links. If you buy something through one of these links, we may earn an affiliate commission.