Tribeca Film Festival will expand its games program next year 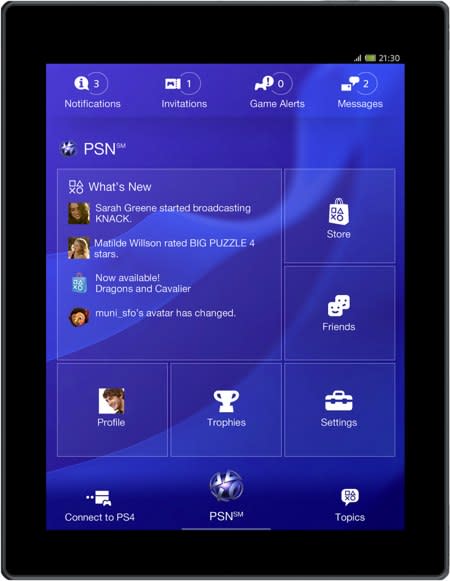 Helping to cement Sony's embrace of iOS as an ally rather than a competitor, Sony Worldwide Studios President Shuhei Yoshida has offered some additional details of the official PlayStation app that is scheduled to launch alongside the PlayStation 4 console when it launched in November.

The app appears to offer much of the same functionality that gamers can access via their PS3 or PS Vita consoles currently, including trophy information, friend status and the PlayStation Store. Users can send and receive both text and voice messages, purchase games and other content, and receive invites from PS4 users.

The new app will also be used as a "second screen" for certain titles, allowing additional input and various bonus features. One example Yoshida used was that in the game Knack, users can create items on the tablet and then push them into the main game.

Major titles from large publishers typically launch their own standalone apps for their titles, but it sounds like Sony's new app will act as a low-cost alternative for smaller publishers and independent developers who want to add tablet functionality, but can't afford to build an entire app from scratch.

In this article: gaming, iOS, iPad, iPhone, iPod, playstation, playstation 4, Playstation4, sony
All products recommended by Engadget are selected by our editorial team, independent of our parent company. Some of our stories include affiliate links. If you buy something through one of these links, we may earn an affiliate commission.