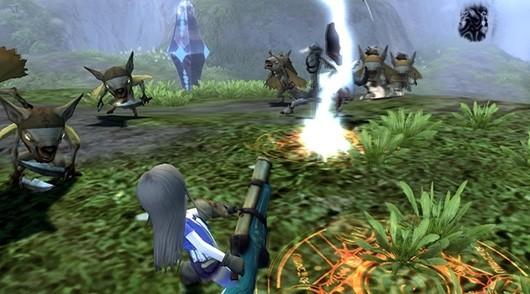 Games have some strange ideas about what certain professions entail at times. You've probably known a lot of academics in your life, and few if any of them carry enormous guns and hit things with wrenches. But the Academic class in Dragon Nest does precisely that. This new class has just been added to the game's European version, patched in alongside a major localization update that allows the game to be played in full German or French versions.

Assuming you speak neither of those languages, the big update is the new class. Academics can damage dealers or healers, with a specialization coming at level 15; Alchemists focus on support while Engineers deal out exceptional amounts of damage. The class also features a choice between cannons and bubble guns for damage, with the former hitting hard but slowly while the latter is quick but weak. It should be an interesting addition for EU players, although it still raises the question of what's so academic about shooting people.

[Source: gamigo press release]
In this article: academic, class, classes, dragon-nest, eu, europe, eyedentity-games, f2p, fantasy, free-to-play, gamigo, localization, news, nexon, nexon-korea, patch, patches, shanda-games, update, updates
All products recommended by Engadget are selected by our editorial team, independent of our parent company. Some of our stories include affiliate links. If you buy something through one of these links, we may earn an affiliate commission.