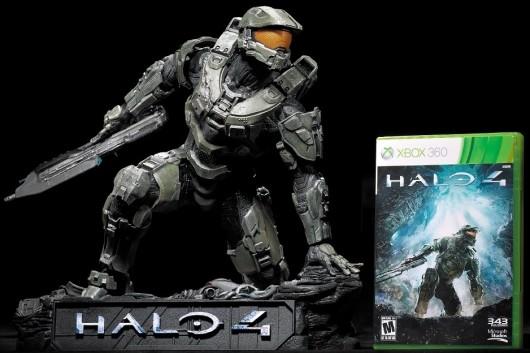 A limited edition, 12-inch tall statue of Master Chief will be available via McFarlane Toys starting December 6 for $295, the action figure and collectibles company has revealed. The statue depicts Master Chief as he appears in Halo 4 - or more accurately, how he appears on the game, as the pose seems modeled after the Halo 4 cover.

Each of the limited run of 1,000 statues will come with a Certificate of Authenticity signed by Todd McFarlane, as well as three interchangeable weapons: the Assault Rifle, the Energy Sword and the Boltshot. The statue's official page does not currently offer pre-orders, so if you want to get your hands on Chief before the Covenant Didact other collectors do, you'll want to keep a vigilant watch on the McFarlane Toys site.
In this article: 343-Industries, collectibles, halo, halo-4, master-chief, mcfarlane, mcfarlane-toys, microsoft, statue, todd-mcFarlane, toys, xbox
All products recommended by Engadget are selected by our editorial team, independent of our parent company. Some of our stories include affiliate links. If you buy something through one of these links, we may earn an affiliate commission.