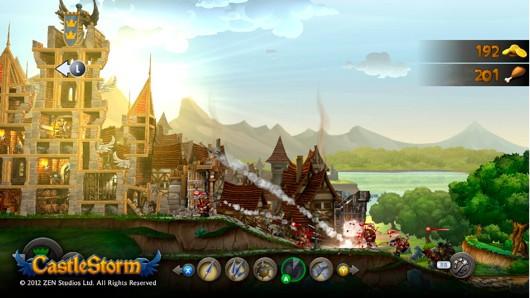 Angry vikings versus league of knights game CastleStorm will launch itself on PlayStation 3 and Vita on November 5 in North America, striking Europe on the following day. Priced at $9.99, the game is a cross buy title, meaning it'll be playable to owners of both systems at no extra charge.

CastleStorm is also currently available on Xbox Live Arcade and Steam. It was also rated for Wii U, but has not been officially announced.
In this article: castlestorm, playstation, playstation-vita, ps3, vita, Zen-Studios
All products recommended by Engadget are selected by our editorial team, independent of our parent company. Some of our stories include affiliate links. If you buy something through one of these links, we may earn an affiliate commission.