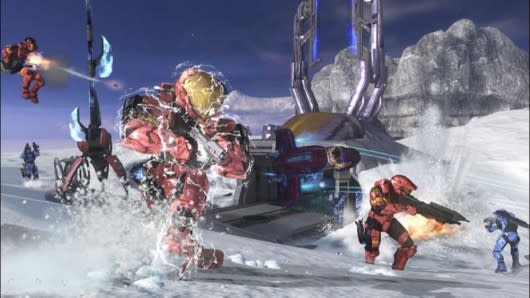 The Xbox Live "Games with Gold" program, which has been dropping a new free game every first and fifteenth of the month, will stick around longer than originally intended. Announced as a "limited-time program," the program will remain an "ongoing benefit" for Xbox Live Gold members on Xbox 360.

Halo 3 is the latest game available for gratis through the program. Download it now and finish the fight from 2007.
Show full PR text
Games with Gold: Now an Ongoing Benefit for Xbox Live Gold Members on Xbox 360!

Whether they are blockbuster AAA or popular arcade titles, Games with Gold continues to offer a diverse mix of games with two free Xbox 360 titles a month – yours to keep and at no additional cost. According to recent surveys, 97 percent of participating members have given their stamp of approval for Games with Gold, and we're excited to continue bringing you great games every month as part of our ongoing commitment to providing great value on Xbox 360.
In this article: games-with-gold, Halo-3, microsoft, xbox
All products recommended by Engadget are selected by our editorial team, independent of our parent company. Some of our stories include affiliate links. If you buy something through one of these links, we may earn an affiliate commission.