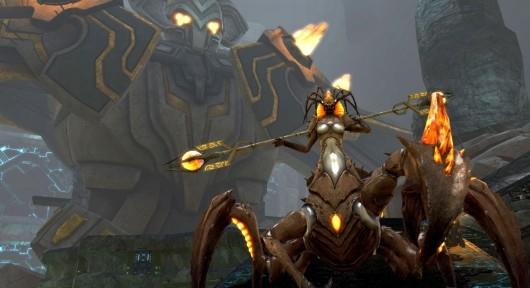 No one likes changing a character's name because of a server merge, but there are definitely ways to add insult to injury. If you wind up losing your original name to an active high-level character, it feels fair. If you lose your name to a naked bank alt someone made years ago and has almost forgotten, it feels like cheating. That's why RIFT is freeing up the names of inactive characters prior to the next major server merge.

Any players with characters flagged as inactive will be sent a letter stating that the characters in question are in danger of losing their names. If it's a mistake, you can just log in on that character and you'll be fine. If you legitimately don't play the character, then someone who does use the name will be able to use it. Everyone wins -- assuming that there aren't two active characters with the exact same name, in which case we're back to the default situation where someone wins and someone loses.
In this article: character-name, character-names, f2p, fantasy, free-to-play, inactive-characters, merges, names, news, pvp, rift, rift-lite, rift-planes-of-telara, rvr, server-merge, server-merges, three-faction-pvp, three-way-pvp, trion, trion-worlds
All products recommended by Engadget are selected by our editorial team, independent of our parent company. Some of our stories include affiliate links. If you buy something through one of these links, we may earn an affiliate commission.