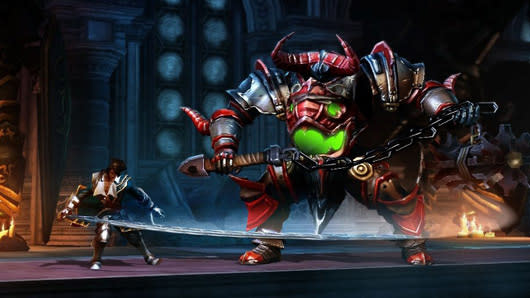 Released for the Nintendo 3DS earlier this year, Mirror of Fate follows up on the events of the Castlevania series reboot Lords of Shadow with a new side-scrolling quest featuring Castlevania 3 star Trevor Belmont. If you can wait until November 5, Mirror of Fate HD is included as part of the DLC-bundled Castlevania: Lords of Shadow Collection for the Xbox 360 and PlayStation 3.
In this article: castlevania-lords-of-shadow-mirror-of-fate, microsoft, release-date, xbla, xbox, xbox-live-arcade
All products recommended by Engadget are selected by our editorial team, independent of our parent company. Some of our stories include affiliate links. If you buy something through one of these links, we may earn an affiliate commission.