More inclusive emoji will come to iPhones in iOS 14.2 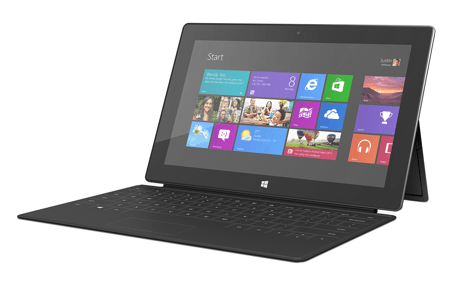 Apple is known for having what tech buffs like to call the "reality distortion field," where whatever the company says becomes true within the Apple nation, but now it seems Microsoft may be attempting to cultivate a similar atmosphere around its own products. Speaking with TechRadar, Microsoft's Surface UK Lead Ally Wickham not-so-subtly hinted that Apple is actually trying to catch up to the Surface, not the other way around.

"More productivity software," eh? It's fairly obvious Wickham is referencing Apple's recent decision to make iWork and iLife free for all new iPads. It's a convenient bullet point for Microsoft to have a version of its Office suite on its Surface devices, but to suggest that Apple made its decision on iWork and iLife based on a competing device that sells a fraction of what its own tablets sell is distorted indeed.

In this article: iOS, iPad, microsoft, microsoft surface, MicrosoftSurface, surface, tablets
All products recommended by Engadget are selected by our editorial team, independent of our parent company. Some of our stories include affiliate links. If you buy something through one of these links, we may earn an affiliate commission.