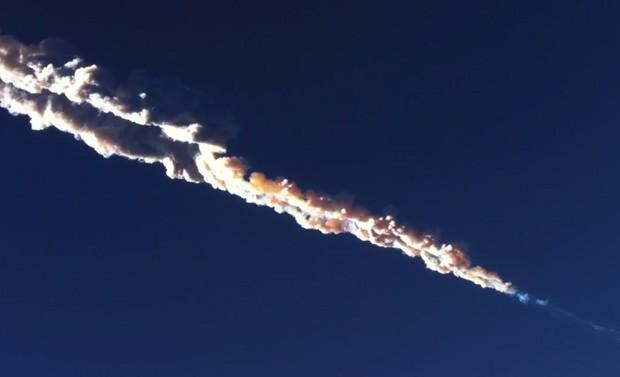 When a 10,000 ton meteor exploded over the Russian city of Chelyabisnk back in February, it was only a small taste of what Earth's future could look like if we aren't vigilant. Last week, the United Nations General Assembly approved of plans to form a dedicated anti-asteroid unit, a development that the Association of Space Explorers has been fighting for since 2008. The current problem lies in our lack of early warning systems; monitoring for asteroids on a collision course with Earth (there are 1,400 that we know of) could give us the chance to knock them out of their orbits before they reach our planet. Ed Lu, retired astronaut and founder of the B612 Foundation, which aims to address the issue of potential asteroid impacts, helped develop the UN's measures. Lu hopes that B612's Sentinel telescope, designed specifically for keeping an eye on threats from space, will stay on schedule for a 2017 launch. He told Scientific American, "There are about 1 million asteroids large enough to destroy New York City or larger. Our challenge is to find these asteroids first before they find us."

In this article: asteroids, B612Foundation, EdLu, GeneralAssembly, UN, UnitedNations
All products recommended by Engadget are selected by our editorial team, independent of our parent company. Some of our stories include affiliate links. If you buy something through one of these links, we may earn an affiliate commission.