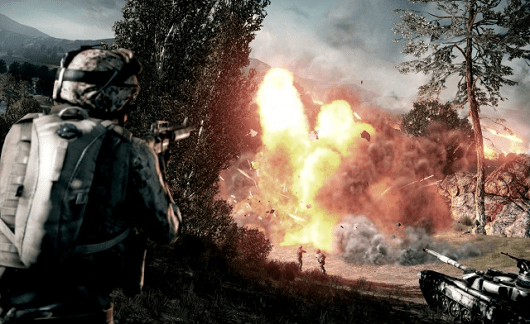 Battlefield 4's "Second Assault" map pack, a collection of Battlefield 3 maps that have been updated for DICE's latest, will take players back to Caspian Border, Operation Metro, Operation Firestorm and Gulf of Oman. EA confirmed the four maps in an email with Joystiq earlier today and even added each map will now incorporate a new "levelution" moment.

"Second Assault" will be available first as a timed Xbox One on November 22, and will unlock on PS3, Xbox 360, PS4 and PC some time after. "Second Assault" is the second of five planned DLC packs as part of Battlefield 4 Premium.
[Note: Image is of Caspian Border as seen in Battlefield 3]
In this article: battlefield-4, battlefield-4-premium, dice, ea, microsoft, pc, playstation, premium, ps3, ps4, second-assault, xbox, xbox-one
All products recommended by Engadget are selected by our editorial team, independent of our parent company. Some of our stories include affiliate links. If you buy something through one of these links, we may earn an affiliate commission.