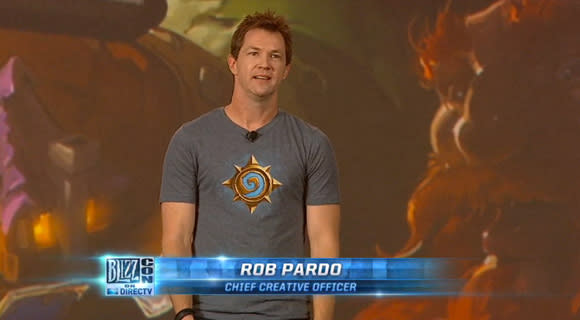 Rob Pardo, chief creative officer and go-to guy for Hearthstone announcements, has a whole lot of news for us involving that game. But one of the most interesting (especially for people who aren't in the closed beta yet, but who want to be) is that, if you haven't gotten into the closed beta, you won't have to wait much longer. Pardo announced that, yes, Hearthstone will have its open beta "within a month... although, it's Blizzard time, so maybe January".

So if you're desperate to start experiencing Blizzard's entirely online TCG, take heart. You will have your chance soon enough. Literally Blizzard soon. Rob said so!
In this article: Blizzcon, Hearthstone, Rob-Pardo
All products recommended by Engadget are selected by our editorial team, independent of our parent company. Some of our stories include affiliate links. If you buy something through one of these links, we may earn an affiliate commission.