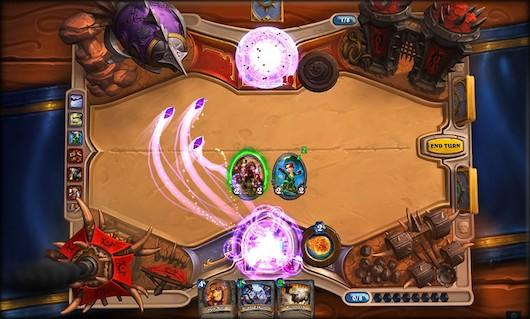 Hearthstone: Heroes of Warcraft is stocking up on card protectors in preparation for taking its deck on the go for ports to iOS and Android devices, Massively reports. A North American open beta for the initially planned PC and Mac versions is also scheduled for next month, but as Blizzard CEO Rob Pardo jokingly reminded us, "in Blizzard-speak, that might be January."

Update: For the sake of clarity, this article has been updated to specify that the planned open beta is for the PC and Mac versions of Hearthstone.
In this article: activision-blizzard, android, beta, blizzard, hearthstone, hearthstone-heroes-of-warcraft, ios, ipad, iphone, mobile, rob-pardo
All products recommended by Engadget are selected by our editorial team, independent of our parent company. Some of our stories include affiliate links. If you buy something through one of these links, we may earn an affiliate commission.