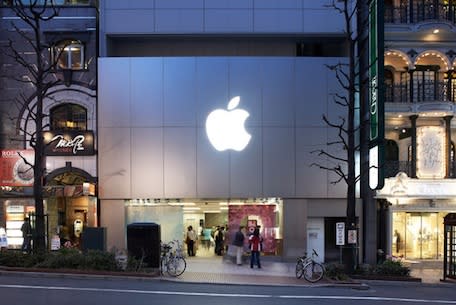 The Wall Street Journal reports that Apple is doing extremely well in Japan. So well, in fact, that Japan is now one of Apple's fastest-growing markets.

One factor that has helped boost Apple sales is the company's recent iPhone deal with DoCoMo, Japan's largest mobile carrier. Frustrated with subscriber churn on account of not carrying the iPhone for so long, DoCoMo recently began offering attractive deals to bring in new customers and keep existing customers from defecting to rival carriers like KDDI and SoftBank. In turn, these competing carriers were forced to offer consumer-friendly deals of their own. The end result is that the iPhone in Japan is now a more attractive value proposition than ever before.

Interestingly, the Journal relays that there are a number of other factors behind Apple's popularity in Japan. For one, the Apple brand is viewed by the Japanese as being akin to other and more traditional luxury brands like Louis Vuitton and Burberry.

Second, there are some underlying geopolitical factors at play.

One unique factor in Japan is the relatively small presence of Samsung Electronics Co., the world's largest smartphone maker. Samsung ranks fourth in Japan behind Apple, Sony and Sharp Corp., in part because of a Japanese consumer bias that works against many Korean brands.

As a final note, Japan may be graced with a new Apple retail store sometime in early 2014, bringing the total number of Apple stores in the country up to eight.

In this article: apple corporate, AppleCorporate, japan, retail, sales
All products recommended by Engadget are selected by our editorial team, independent of our parent company. Some of our stories include affiliate links. If you buy something through one of these links, we may earn an affiliate commission.
Share
Tweet
Share