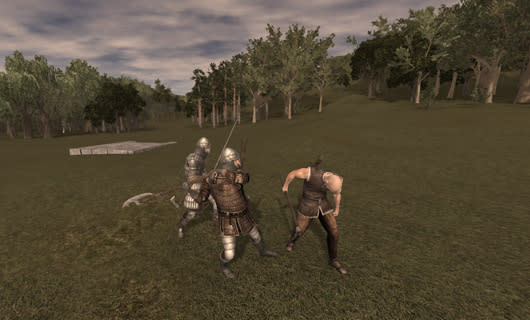 Show me the sandbox! If you've wanted to catch a glimpse of Life is Feudal gameplay, the recently announced medieval sandbox being developed by Bitbox, set some time aside this Friday. At 3:00 p.m. EST on November 15th, devs will be livestreaming some of the gameplay of this project they've been working on for the last three years. Will the live show highlight the terraforming, the crafting minigames, or the target-less combat (which includes aiming for ranged attacks)? And how much of the seamless world can the devs traverse in just one livestream? You'll have to watch on Friday to find out!

The address for the stream will be announced later, but those who miss it can take note of the game's official YouTube channel in order to watch it afterwards.

[Thanks to Kuroi for the tip!]
In this article: bitbox, crowdfunding, fantasy, gameplay, life-is-feudal, livestream, medieval, realism, sandbox
All products recommended by Engadget are selected by our editorial team, independent of our parent company. Some of our stories include affiliate links. If you buy something through one of these links, we may earn an affiliate commission.