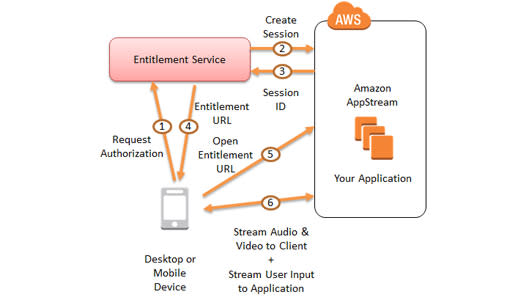 Amazon announced the upcoming introduction of AppStream, a service that delivers high-performance games and other applications via Amazon Web Services cloud streaming.

Essentially offering developers the ability to "build complex applications that run from simple devices," AppStream aids in reproducing high-performance, GPU-powered rendering on platforms normally incapable of delivering such performance. Supported applications launch instantly, and can be controlled either with touchscreen input or with linked devices.

Microsoft's Xbox One has a similar supplemental cloud service in the works to boost in-game performance, and Amazon's AppStream could potentially help power graphically rich games for mobile and desktop devices. Developers interested in testing out a limited preview version of Amazon AppStream can apply for admission here.
In this article: amazon, amazon-aws, aws, cloud, cloud-computing, cloud-streaming, mobile, pc
All products recommended by Engadget are selected by our editorial team, independent of our parent company. Some of our stories include affiliate links. If you buy something through one of these links, we may earn an affiliate commission.