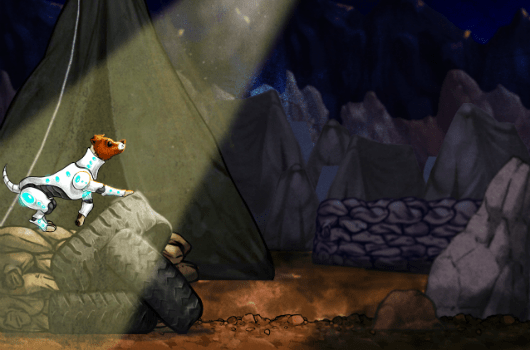 Laika Believes, the upcoming indie game from Minicore Studios, has a new name now: The Sun at Night. In addition to the new moniker, Minicore Studios has also announced a final launch date for the game: February 4, 2014.

The Sun at Night is a 2D action-platformer about an alternate history for a very real dog named Laika. The Soviets had sent Laika off into space – the first animal in space, to be exact – back in the '50s and this game poses a very fantastical "what if...?" scenario for the long-lost pup's fate. Unfortunately, the Soviets never figured out a way to bring Laika back.

The Sun at Night is also vying for votes on Steam Greenlight right now, if you'd like to help push for a Steam release.
In this article: laika-believes, laika-believes-the-sun-at-night, minicore-studios, pc, release-date, steam-greenlight, the-sun-at-night
All products recommended by Engadget are selected by our editorial team, independent of our parent company. Some of our stories include affiliate links. If you buy something through one of these links, we may earn an affiliate commission.