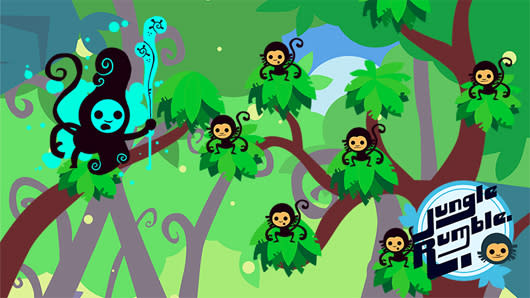 Rhythm-based tap-em-up Jungle Rumble is coming to iOS and Android early next year, Disco Pixel President Trevor Stricker has told Joystiq. Price has yet to be determined.

In Jungle Rumble, players must tap along to the beat – think Patapon – in order to defend a tribe of monkeys from being overrun by a group of invaders. By keeping the beat, players move monkeys around a game grid and attack invaders by throwing coconuts. The game is punctuated by a dynamic soundtrack that changes as players successfully chain together actions.
In this article: android, disco-pixel, ios, ipad, iphone, jungle-rumble, mobile
All products recommended by Engadget are selected by our editorial team, independent of our parent company. Some of our stories include affiliate links. If you buy something through one of these links, we may earn an affiliate commission.