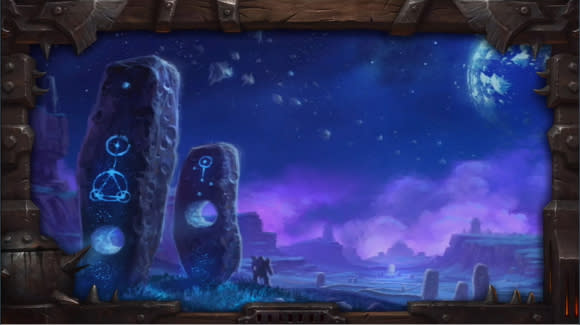 We've got a long wait before Warlords of Draenor is released. Even if it is released in June of next year, that's still seven months of waiting. So hstein3 suggested this week's Community Blog Topic:

With Mists effectively over, how are you spending the time between now and the drop of Warlords?

Mists isn't really over for me. I'm not an endgame kinda gal. So I will keep doing what I usually do: level alts and play pet battles. I have two 88s just itching to join my three 90s. And my stable of level 25 pets is severely lacking.

But those activities aren't going to keep my interest for that many months. I expect I'll probably get back into healing battlegrounds. That's usually a good time. And I will likely try another game for a bit. Maybe I'll give The Old Republic free to play a whirl. Or I may go back and level my monk in Diablo III. She's not at max yet.

How are you spending the time between now and Warlords of Draenor? Blog about your answer and link to it in the comments below. Or if you don't have a World of Warcraft related blog, respond in the comments. We'll spotlight some of the responses next week.
In this article: community-blog-topic, featured, game-discussion, gamer-discussion, world-of-warcraft-discussion, world-of-warcraft-topics, wow-discussion, wow-hot-topics, wow-issues, wow-topics
All products recommended by Engadget are selected by our editorial team, independent of our parent company. Some of our stories include affiliate links. If you buy something through one of these links, we may earn an affiliate commission.