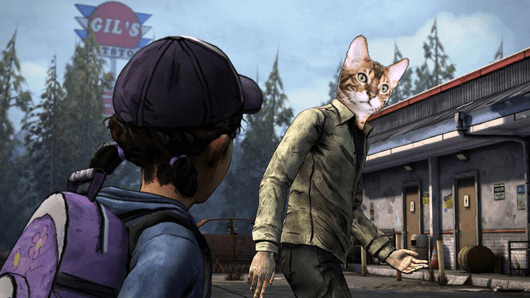 Telltale Games took to Twitter to tease the return of a familiar face in the opening episode of The Walking Dead's second season. The episode, titled "All That Remains," is expected to launch this month.

Telltale already broke the news in July that Clementine, the leading lady of the adventure game's first season, would be a part of the second season in some capacity. As for the other character, we've placed the original screen Telltale tweeted after the break to account for those that consider it just a little too much of a spoiler. No, the image above does not indicate that Kitten McFluffykins is returning in All That Remains, but that would be pretty unexpected, wouldn't it? In this article: adventure, Clementine, ios, ipad, iphone, kittens, mac, microsoft, mobile, pc, playstation, ps3, screenshots, teaser, TellTale-Games, the-walking-dead, xbox
All products recommended by Engadget are selected by our editorial team, independent of our parent company. Some of our stories include affiliate links. If you buy something through one of these links, we may earn an affiliate commission.