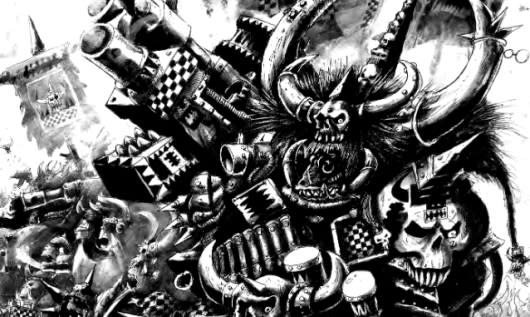 Still waiting for Warhammer 40,000 to break into the MMO space? Well, how about a MOBA instead? European developer Eutechnyx is hard at work on Storm of Vengeance for an early 2014 release.

Storm of Vengeance pits the Dark Angel Space Marines against Orks in classic lane strategy. It looks to be based on the Games Workshop campaign of the same name. The MOBA will be coming to both PC and mobile platforms.

Eutechnyx is a UK developer with a history of mostly creating racing games such as Auto Club Revolution and NASCAR The Game 2011.
In this article: eutechnyx, games-workshop, moba, mobile, new-title, sci-fi, science-fiction, scifi, storm-of-vengeance, warhammer-40000, warhammer-40k
All products recommended by Engadget are selected by our editorial team, independent of our parent company. Some of our stories include affiliate links. If you buy something through one of these links, we may earn an affiliate commission.