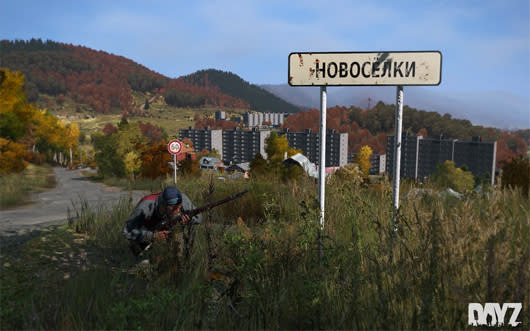 Dean "Rocket" Hall, creator of DayZ, cautioned that those who buy into the standalone game's upcoming Steam Early Access launch should not expect something on par with a fully realized, polished product. DayZ will essentially be "barebones" at the outset, he said in an update on the game's forums, pointing out that "some might be disappointed that this is not some feature-packed, graphically focused, masterpiece" of a game.

"I really plead for anyone who is on the fence to take a skeptical approach - watch streams, read reviews, watch some let's play and form your opinion," Hall went on to say. "You could always come back to the game in three, six months time and buy it then."

For Hall, Early Access presents a chance for folks who want to participate in guiding the game's growth. "For many," he said, "this is the opposite of what they want." Hall concluded that buying into Early Access is buying into "a platform for future development."

DayZ will launch for PC on Steam Early Access, though Hall hasn't ruled out the possibility of Xbox One and PS4. No release date has been set for the PC Alpha, which has already been seen skulking around inside Steam's database.
In this article: alpha, bohemia-interactive, day-z, dean-hall, dean-rocket-hall, pc, rocket
All products recommended by Engadget are selected by our editorial team, independent of our parent company. Some of our stories include affiliate links. If you buy something through one of these links, we may earn an affiliate commission.