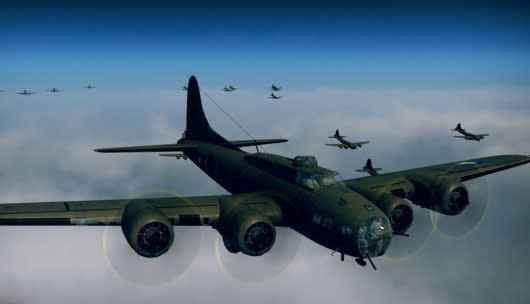 Free has become the entry point for a lot of games on both mobile devices and the computer. If you enjoy the game, you spend money, but it costs nothing to try it. But what about free-to-play on consoles? War Thunder is on the PlayStation 4 and is looking to the future, but as Gaijin Entertainment CEO Anton Yudintsev explains, the problem with a large number of free-to-play games is a matter of polish.

Yudintsev goes on to compare his company's flagship game to Call of Duty and its record-breaking profits, stating, "We're not the greedy bastards here." He sees a bright future for free-to-play on consoles but also asserts that free developers have to step up to a higher level of refinement, delivering more polished mechanics to get past the initial bias of console gamers. Take a look at the full interview with Yudintsev for more elaboration on his views of the console makret compared to the PC market.
In this article: anton-yudintsev, console, consoles, design-polish, f2p, flight-sim, free-to-play, gaijin, gaijin-entertainment, games-industry, mmo-industry, mmofps, plane, planes, playstation-4, polish, ps4, sturmovik, war-thunder, wop, world-of-planes
All products recommended by Engadget are selected by our editorial team, independent of our parent company. Some of our stories include affiliate links. If you buy something through one of these links, we may earn an affiliate commission.