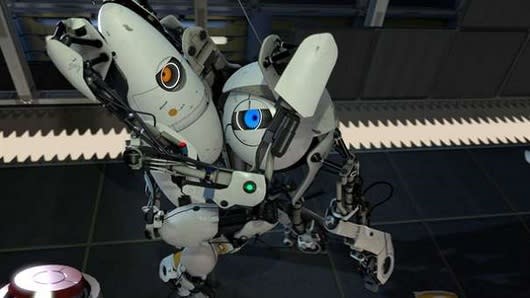 Gamefly's digital store, which launched back in September, is running a publisher-specific, build-your-own-bundle promotion.

Here's how it works: You select a publisher, pick a few games from their catalog and pay a special bundle price. Want to snag both Portal and Portal 2, plus Left 4 Dead and Left 4 Dead 2? That'll be $15 for all four. Want GTA: Vice City, GTA: San Andreas, GTA 4 and Episodes from Liberty City? Simply pay $20 and they're yours.

Valve, 2K Games, Ubisoft, Rockstar, Square Enix and EA all have games up for grabs at varying prices in this promotion. If you're interested in snagging some cheap PC and/or Mac games, head on over to Gamefly Digital for all the details.
In this article: build-your-own-bundle, build-your-own-bundle-sale, byob, gamefly, gamefly-digital, mac, pc, portal-2
All products recommended by Engadget are selected by our editorial team, independent of our parent company. Some of our stories include affiliate links. If you buy something through one of these links, we may earn an affiliate commission.