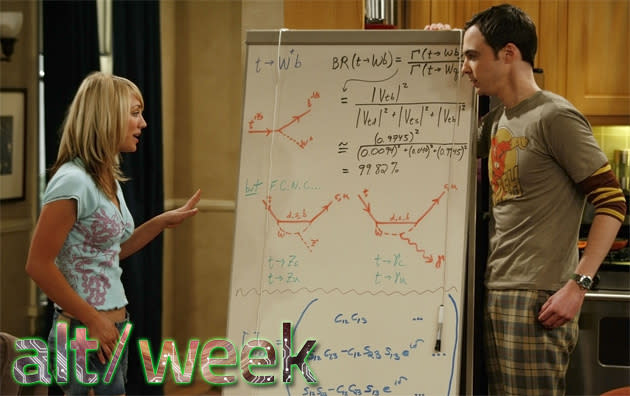 This feature is no stranger to stories that seek to answer the question of whether we're alone in this universe or not. This week, however, has been unusually ripe with them. Firstly, there was the report that suggests that the same asteroid believed to have called time on the dinosaurs' reign, might also have sent life to Mars. The theory is, that the impact of Chicxulub (said asteroid) might have been strong enough to send life-sheltering chunks of Earth as far as Europa (one of Jupiter's moons, getting its own water-based headlines this week), making Mars well within the unwilling hitchhiker's reach. But what would it do when it got there without any water? Well, if new reports are to be believed, theoretically this might not have been too much of an issue, either. As for life beyond our solar system, there's fresh talk suggesting that complex life could have been possible much earlier in the Universe's history than initially thought, even as early as within the first billion years. The research suggests Population III stars (a hypothetical star that had no surface metals), could have produced supernovae capable of seeding the juvenile cosmos. The last news on celestial matters is a bit more relevant to the present. The famous goldilocks zone, that determines the likelihood of a planet bearing water (and thus life), is now believed to be bigger than, again, first thought. Unsurprisingly, this means there's suddenly a whole lot more astronomic real estate that suddenly needs a second look. Intelligent life "out there" might still be something we're yet to confirm, but what if we're fundamentally looking for the wrong thing? New support for an old idea might suggest that, indeed, we've got bigger fish to fry. String theory has been around for some time now, and loosely put, suggests that gravity comes from a universe made of "strings" that span 10 dimensions. The theory chimes with the notion that the universe, as we know it, is effectively a hologram. It also -- more importantly -- allows quantum physics to sit better with Einstein's theory of relativity. Two newly published papers have provided mathematical results that support the concept. Led by Yoshifumi Hyakutake, a team at Japan's Ibaraki University studied the internal energy of a black hole in relation to its event horizon and its entropy, and found that simulations based on string theory provided evidence to support the idea that the universe could well be a projection. If true, this means the real action is taking place on a flatter universe, where gravity no longer applies. A big idea indeed.

In this article: alt-week, altweek, life on mars, string theory
All products recommended by Engadget are selected by our editorial team, independent of our parent company. Some of our stories include affiliate links. If you buy something through one of these links, we may earn an affiliate commission.