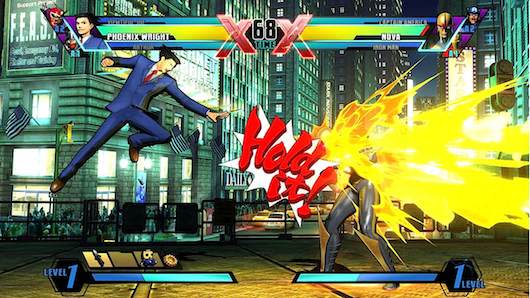 If you were thinking about taking Ultimate Marvel vs Capcom 3's DLC for a ride, you might want to decide already - a Capcom Unity post announced a DLC sale and encouraged fans to snatch up content for the crossover fighter, which will be "leaving the PSN and XBLA stores." The post calls for players to pick up UMVC3 and Marvel vs Capcom 2 "before they go away," but the next sentence calls out MVC3 as the game which will depart with its younger, Ultimate brother. With the standard version of MVC3 unavailable on either store however, we're pretty sure that's a typo and that the announcement is related to MVC2.

While the entry asks readers to "stay tuned" for sales info concerning XBLA, PSN users can perform a 50 percent off combo on the DLC of their choosing for UMVC3 content. December 17 will be the final day the DLC is available in the US, with the European PSN offering the sale until December 19. While sales for XBLA have yet to be specified, the post does list December 26 as a global final call for DLC for Xbox owners.

The games themselves have remained at full price on Xbox Live - UMVC3 is $29.99, while MVC2 is $14.99. PSN users can currently purchase MVC2 at $7.49, or for $3.75 with PlayStation Plus.
In this article: dlc, marvel-vs-capcom, marvel-vs-capcom-2, microsoft, playstation, playstation-network, ps3, psn, sale, ultimate-marvel-vs-capcom-3, xbla, xbox, xbox-live
All products recommended by Engadget are selected by our editorial team, independent of our parent company. Some of our stories include affiliate links. If you buy something through one of these links, we may earn an affiliate commission.